Surviving the Transition to Trail | Wildrunner
Skip to main content

Surviving the Transition to Trail

Submitted by Wildrunner on 04 February 2016

Making the transition from road to trail can be daunting and a little scary. One of the biggest contributing factors to the fear of heading off-road is the element of the wild, isolated outdoors. Roadrunners are expected to go from safety in numbers, endless water-on-demand and running through suburbia, to traversing goat trails with a GPS, a backpack and themselves for company. And with the transition to trail comes the fear of something going wrong and the inability to fix it, solve it or get help. In order to help you fight your fears, one of South Africa’s ‘Bear Grylls’ type trail runners, Adrian Vincent Saffy, offers advice on ‘worst case’ scenarios and how to survive them! Now there’s nothing stopping you from getting out on the trails…

Scenario 1: I rolled my ankle and walking isn’t a possibility, plus I’m all alone. What should I do? 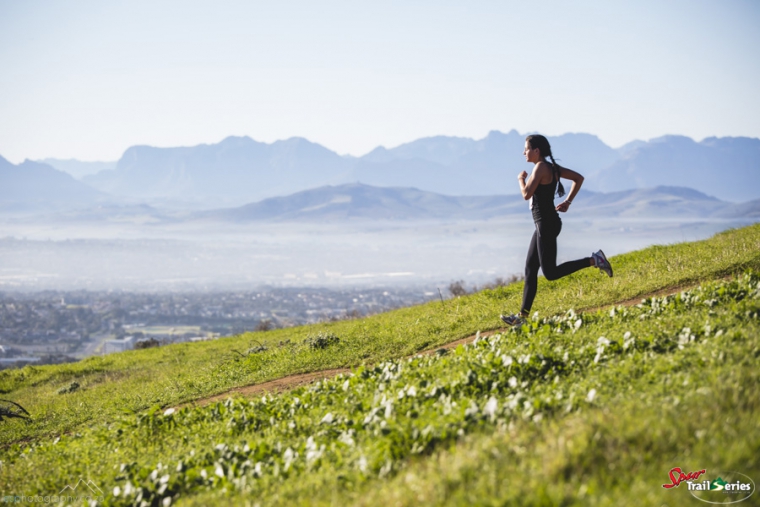 Ankle rolling is absolutely the most common injury in trail running. It’s so common that it can barely be deemed an injury, it’s more a regular occurrence. In time, your ankles will strengthen, and you’ll get used to auto-correcting a roll in your stride. Every so often though, an obstacle or uneven terrain will result in an ankle roll severe enough to do some real damage. So what do you do?

“Firstly, stay calm and assess the situation”, says Adrian. If it is bad (as in you can’t walk on it), he suggests, “immediately strapping the ankle with whatever you have handy, like an extra item of clothing.” (Buff’s are great for this.) With your ankle secured as best as possible, phone for help. If you don’t have a phone, “try and make some form of walking stick or crutch from the surrounding foliage and use this to move back towards civilisation or your car. Whatever happens, STAY ON THE TRAIL”, says Adrian. This is crucial, as if you go off trail to take a shortcut, you make it way more difficult for people to find you should things go really wrong. “If you absolutely cannot walk, shuffle yourself (on your butt) to the closest exit point or crossroad and wait for someone to hike/run past.”

Scenario 2: I’ve run out of water in my hydration pack and still have a good hour to get back to the car, plus I’m all alone. What should I do?
Unlike road running, there isn’t a water table or public tap every three kms, so you have to carry your water and nutrition with you. Because of this, running out of water is an actual thing that can occur. The great news is, unless you’re in the middle of the Richtersveld Transfrontier Wildrun®  and your GPS battery has died and you haven’t seen anyone for eight hours, you’re going to be okay. “Running out of water is extremely daunting on the mind. The mental thought of having no water creates havoc with your ACTUAL need for water, but unless you are extremely dehydrated already, you will make it back to the car,” says Adrian.

“Stick a small stone under your tongue as it will stimulate your saliva,” says Adrian. “Think happy thoughts to take your mind off the fact that you are out of water and make your way back towards your car or civilisation slowly and steadily. Don’t stop, keep moving forwards.” On a side note, Adrian mentioned that one could always drink their own urine if things got really bad – which could help you assess how bad your need for liquid really is… are you ready to drink your own urine?

Scenario 3: When I set out on my run the weather was pleasant. It has now turned and I feel like I’m lost in an Arctic blizzard. I have no cold weather gear - what should I do?
The first thing you should do is “kick yourself in the butt for going into the wilderness without the essential gear,” says Adrian. (Not sure what essential gear you need? Read this to find out.) After you’ve done that, remain calm and use common sense to assess how bad the weather is. For two reasons, Adrian suggests “ try to keep moving.” The first reason is to keep the blood flowing through your body and thus maintain a relatively warm core temperature. If you stop, your core temperature will drop dramatically and if the weather is bad enough, you could suffer from hypothermia. The second reason to keep moving is to potentially get out of the weather system before it gets any worse. “Stick to the trail, especially in heavy mist,” says Adrian “and backtrack to the closest exit. If you do get lost, then look for shelter out of the wind and rain and try to stay dry.” The weather up in the mountains moves in and also out swiftly, and it’s crucial that in this particular scenario – the biggest piece of advice you take is to ALWAYS be prepared.

Scenario 4: I am completely lost - how can I find my car?
Getting lost is your chance to resist temptation to run screaming into the hills in panic (and thus getting further lost), and instead learn how to channel your inner Bear Grylls. Providing you don’t have a GPS or map (which is ludicrous if you’re new to the sport, running in a new place and good at getting lost), you’re going to need to use nature to get back. “Look around at your surroundings for distinct features, like a koppie or electricity tower, anything that reminds you of the direction you’ve come from. Try to remember where the sun was when you left, where it is now and use it as a guide for the direction you need to travel back to the car. Try to remember any intersections and crossings and tick them off as you backtrack” says Adrian. “And stay on a trail at all times – for obvious reasons.” Remember, whether you are likely to get lost or not, you should always carry a space blanket, cold weather gear and a whistle in your pack when doing long runs. “A whistle is also an invaluable piece of equipment to draw attention to your position,” says Adrian.

Scenario 5: I went running and it got dark sooner than I thought. Now I’m stuck out in the dark on the trail and don’t have a torch - what should I do?
Well the obvious thing would be to use your cell phone torch, but we’re assuming you’ve left that at home too. The first thing, which may seem obvious, is to stop running. It’ll be impossible to see any obstacles, changes in terrain, etc in the dark, so slow your pace to a walk. Last thing you want is to be stuck in the dark with a tested ankle. Also, “try to stop and take note of your surroundings before you lose all light,” says Adrian. “Try to memorize your route home, as everything looks different in the dark. Then get started backtracking to the start point.” Running in the dark can be very disorientating, as you can’t use natural features to orientate yourself. Don’t stress though, and don’t scare yourself more than you need to. Nothing has changed, the trail is still there, you’ve just lost a bit of light. “Try closing your eyes tightly for a minute or so when you open them - you will be surprised at how quickly your eyesight becomes accustomed to the dark. If all else fails make yourself cozy with that space blanket you’ve remembered to pack and enjoy a night in the wild. It will make a great story around the fire the following weekend.”

So there you have it, the Bear Grylls AKA Adrian Saffy survival guide. Also check out this video for more advice from James Bosenberg and Devon Coetzee as they answer the questions we hear most often from new trail runners. Still feeling a bit nervous, why not enter the Spur Trail Series® and ease into trail with a group of like-minded people… it’ll make the scary things like getting lost or rolling your ankle much less daunting! Plus someone may be able to give you some of their water to avoid, well, you know what…

More about Adrian Vincent Saffy:
If you’re new to the trail world, this is one fellow trail runner worth knowing. Based in Bloemfontein, Adrian Saffy has been trail running for around 17 years, and doing adventure racing for the past 12. Every so often he cracks out a crazy endurance attempt – last year he ran the double Comrades (he ran to the start in Durban from Pietermaritzburg) for example. He’s adventure raced all over the world and is heading over to New Zealand later in the year to race Godzone, and is better known in South Africa as the infamous sweep of the grueling 100km Skyrun. He’s used to spending 30 plus hours on his feet and is a kind of MacGyver of trail running. He’ll attempt any mountain ascent, fix any injury with some twigs, some nougat and an item of his clothing and is the guy you most want to do a long, endurance, adventure into the mountains with. 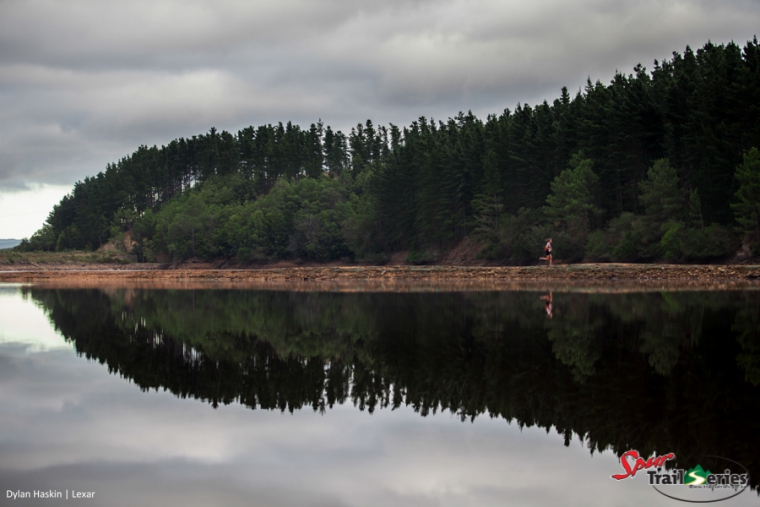